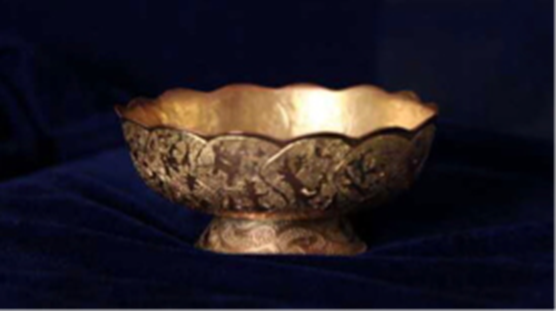 In today's minds, bowls should be tableware, not wine vessels. In ancient times, gilded bowls were indeed used as wine vessels. According to Tang Zhiyan, one day, Emperor Wenzong of Tang Dynasty summoned Wang Yuan, who was in charge of the imperial court, when Wang Yuan was playing football with his brothers and bruised his forehead. The emperor asked Wang Yuan the reason, and Wang Yuan reported it truthfully. Wenzong praised "Qing Da Yong Mu" and gave him two plates of wine, each containing ten gold bowls, and each bowl contained one liter. It was announced and given in bowls. ". This is the historical record of the Tang Dynasty aristocracy gilded bowl full of wine. In view of this, some scholars believe that this 14 chrysanthemum petal hammering and carving gold and silver ware should also be used for drinking. 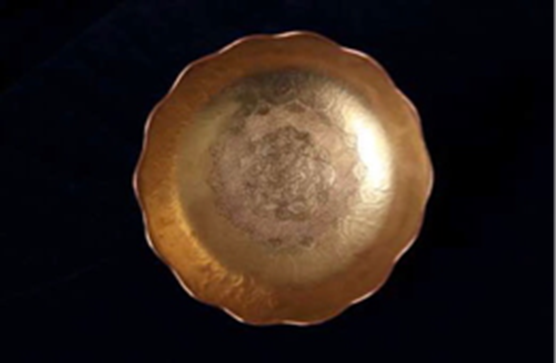 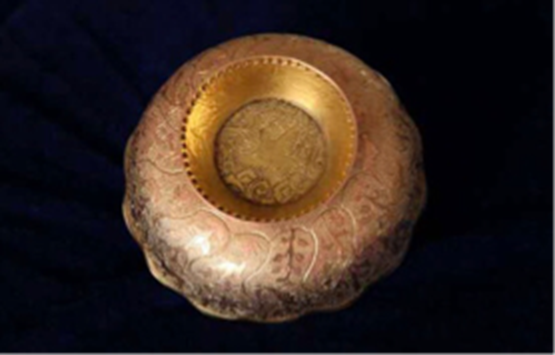 This gold bowl of Tang Dynasty: the mouth diameter of this bowl is 12.6 cm, and the height is 5.8 cm. The bottom of the bowl is two layers. It is handmade, exquisite and exquisite. It is worth appreciating. The whole body is gilded with gold. It is exquisitely portrayed. The shape of the vessel is elegant and elegant. The casting process is exquisite and the color is golden. The overall style is royal.

"Golden rice bowl" represents a good career with bright future and rich food and clothing. However, gold bowl made of gold is rare. It is said that only the emperor or the powerful royal nobles could use the real golden rice bowl in ancient times.