The color glazed porcelain is an important variety of official kilns in the past dynasties. The yellow glaze has the highest grade, and "yellow" and "Huang" have the same pronunciation. Therefore, yellow has become the supreme color of the royal family. Only the royal family can use it in the Ming and Qing Dynasties, which is the glaze color under the most strict control of the royal family. "Palace history of the state Dynasty" said: "inside and outside are yellow, only emperor after use.". Yellow glaze was created in Jingdezhen kiln in the early Ming Dynasty. Iron was used as colorant. Later generations took Hongzhi yellow glaze of Ming Dynasty as an example. 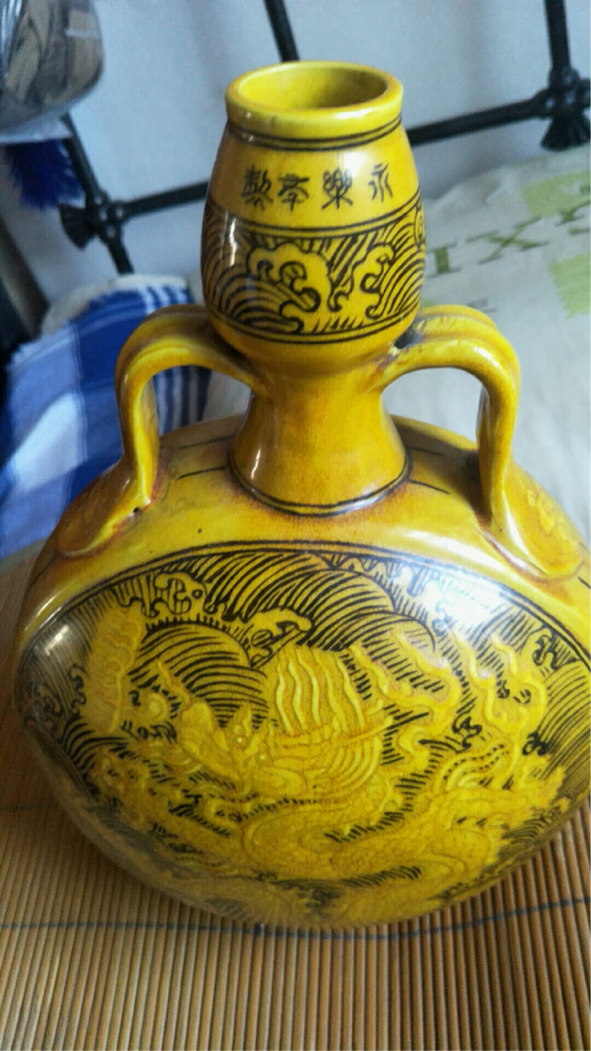 Yellow glaze is a kind of traditional Chinese ceramic decorative art with a long history. In the Western Han Dynasty, China already had low-temperature yellow glaze on pottery. In Tang Dynasty, high-temperature yellow glaze ware appeared, and "Huang" and "Huang" were homonymous. Yellow became a prominent symbol of royal dignity. All yellow porcelain was only enjoyed by emperors and queens. Yellow glazed porcelain was strictly controlled by the imperial court in the Ming and Qing Dynasties Besides being used as food utensils, it was also used for sacrificial altar of the imperial court. 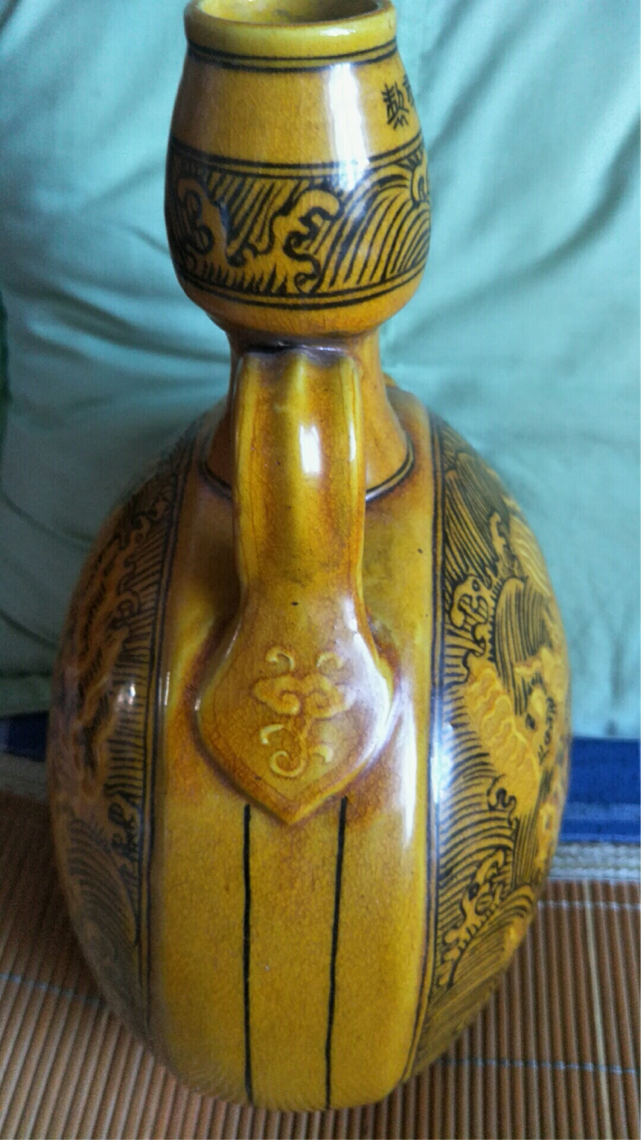 The moon jar is a kind of porcelain in Qing Dynasty. Also known as "Baoyue vase", because the belly of the bottle is like a full moon, so it is named. The yellow glaze bottle with sea dragon pattern is smooth, delicate and dignified. The bottle body is oblate and looks like the full moon. The whole vessel is painted with yellow glaze, and the yellow glaze below the mouth edge is painted with sea dragon pattern. The dragon in the abdomen is particularly prominent. The Dragon claws are very powerful. The dragon body and sea water patterns are exquisite, and the scales and the waves of the sea water have their own details, just like the tumbling sea water, they can't help the dragon body. The whole stroke is smooth, complicated but not disorderly, which sets off each other and has a special charm. 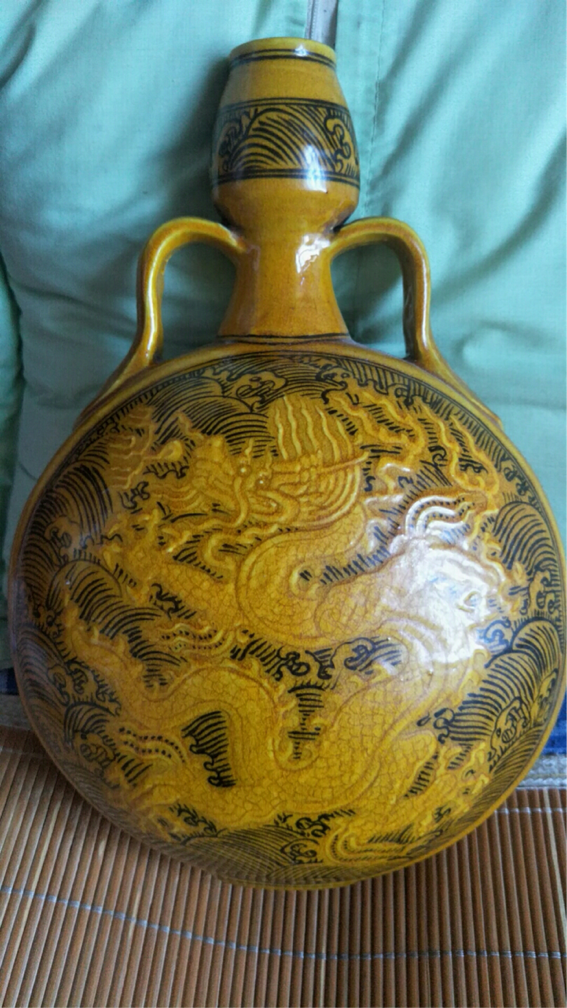 The yellow glaze porcelain of Ming Dynasty is the orthodox Royal special porcelain in ancient China. Before the Ming Dynasty, the yellow glaze was only applied to pottery and was mostly used for architectural decoration. Up to the Ming Dynasty, high-temperature yellow glaze porcelain, as a kind of supreme variety, became the Royal articles and was highly treasured. Besides being used as Royal eating utensils, it was also a special ritual vessel for Royal Sacrifice. Due to the strict control of the imperial court, the production of yellow glazed porcelain in Ming Dynasty is limited, so there are not many handed down products, especially precious. This yellow glaze moon holding bottle with sea water dragon pattern is elegant and solemn in overall shape, simple and elegant, but it also contains mystery. The glaze color is as smooth as grease, which is unforgettable. 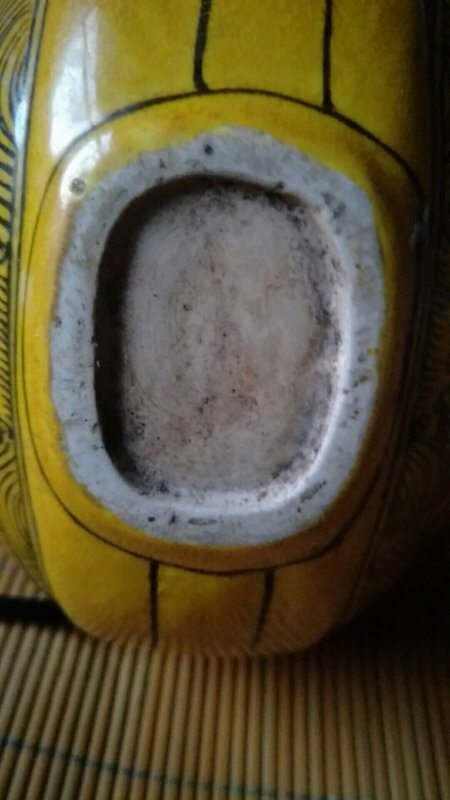